From the end of the dirt road heading away from Playa Potrero, muffled yells and hollers can be heard. As one approaches, a dusty field comes in to view where a distantly boisterous scene is unfolding.

The field sits back from the road between two encampments of makeshift housing, created mostly from tin slats and rusted metal, where women cook pots of rice and dogs sniff around for table offerings.

This is the heart of the Nicaraguan neighborhood and its inhabitants have gathered this afternoon to do what they say they love best: play baseball.

Unlike in Costa Rica and other parts of Central America where soccer reigns as king, it is baseball that dominates headlines and dinner table conversations north of the border.

“In the afternoons the kids and adults play in the streets. In each town there are about five fields. In school, we are given an hour free and so we play baseball.”

Rivera played for several teams back home which took him to places like Panama and Honduras—an opportunity he says he’d never have had without the sport. Yet seven years ago, he left home in search of work.

“I came to Costa Rica out of curiosity to travel and to see if I could find a better job with a higher salary,” the athletic 27-year- old says. “There is work there but with the salaries one earns you can’t buy anything.”

When he arrived in Costa Rica, he says, he sought a baseball outlet right away and recalls times he and friends traveled as far as Playa Grande on foot in search of games.

About four years ago, a local league was born that has included teams from Playas del Coco, Liberia, Hacienda Pinilla and Villareal. At the moment, the league consists of about 80 men broken into four teams: Potrero’s Lazy Lizard team, Potrero’s La Conchita, Brasilito, and Playa Grande.

They are fully equipped with uniforms, fields, and a rotating schedule. They play every Sunday beginning around January.

Currently there is only one Costa Rican player and the rest Nicaraguan. In fact, Rivera says, he doesn’t ever recall there being more than two Costa Ricans at a time.

In Nicaragua the sport is thought to have been introduced in the late 19th century by a North American businessman and animated in the following decades by US Marine presence.

The first official games took place in Managua in 1891 and since then, interest has only increased in scope and zealousness.

Although it has suffered ongoing financial crises, (key among them in when dictator Anastasio Somoza wiped out the professional league (LNBP) in 1967), the athletes have pressed on, often crafting games and leagues out of next to nothing.

“Baseball is played in all the streets with different things,” says Rivera. “If there is no leather ball, they play with little rubber balls wrapped in socks. We manage to play baseball mejengas (pick-up games) without gloves.”

In Costa Rica, however, where about 415,000 Nicaraguan immigrants live and work, the game takes on added meaning.

“This is also something we do to not to lose our traditions,” says Rivera.

“There are many guys who haven’t left Costa Rica since they arrived and haven’t seen their families. At the games, they’ll ask the others [who’ve gone back] about their family — if they are doing well.”

Rivera, who has a wife and twin boys in León, says the games provide an opportunity for the community to gather to see their friends, catch up, and “tell stories about their country.”

He says he goes home monthly to renew his visa which, although he likes seeing his family, he describes as “very hard.”

Mariamalia Jiménez, an administrator who works with the group Ticos y Nicas: Somos Hermanos, a non-profit aimed at strengthening Costa Rican-Nicaraguan relations, says baseball is something that binds Nicaraguans living in Costa Rica together.

“Anywhere in the world where you find large groups of immigrants there are special dates, holidays, and parties they hold to not forget where they come from. To celebrate their traditions.

Likewise, she says, it inserts them into the Costa Rican community.

According to United Nations-affiliated Agencia Española de Cooperación Internacional (AECI), close to 15 percent of Nicaraguan households have family members living outside its borders, the vast majority of whom leave to seek jobs.

Of those, about 59 percent end up in Costa Rica.

In Guanacaste, 2000 seasonal workers cross the border to work as hired hands on melon, sugar cane and pineapple plantations. Many more are contracted for the region’s booming construction industry, or as domestic helpers.

Money earned abroad and sent back to Nicaragua constitutes 14 per cent of the country’s gross domestic product.

Although blamed at times for labor shortages and added crime, Ms Jiménez says the mentality is shifting.

“I do believe Costa Ricans are realizing we not only need, but it’s also good for our country, to have immigrants,” says Jiménez. “They’re not a burden but are here to help in the progress and the economic road of our country…they are a strong part of our labor force.”

Although Nicaraguans represent 10 to 15 per cent of the population in Costa Rica, Organismo de Investigacion Judicial (OIJ) statistics show they commit just 6.8 per cent of the crime sentenced here, meaning crime by Nicaraguans is disproportionately small.

Moreover, Jiménez says, people are beginning to acknowledge the ties that unite the two nationalities, even in areas as simple as baseball.

“We all gather at a court on a Sunday. It’s a different court but the same feeling,” she says. “I think we need to focus more on the things that are the same. We have so many things in common yet we highlight what is different.”

These similarities are evident at the games where, amid hooting and laughter, the sense of a community and liveliness emerges strong.

When the game ends Sunday, for example, young fans rush the field and one runs screaming towards home base, sliding in with series of victory cheers before ripping off his hat and pounding his fist into the plate.

A daughter runs to her father, wrapping her arms around him in apparent glee. Rivera says the atmosphere and tradition is something he will pass on to his own children.

“Kids play everywhere,” he says. “Mine have already grabbed a ball and bat.

“They were born with this.

“It is a fever that doesn’t stop.”

This article was originally published in The Beach Times newspaper. Guanacaste, Costa Rica. 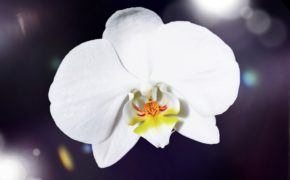 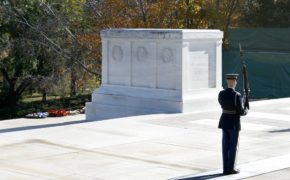 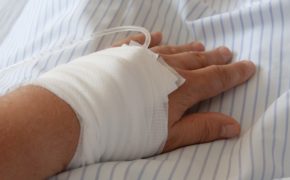