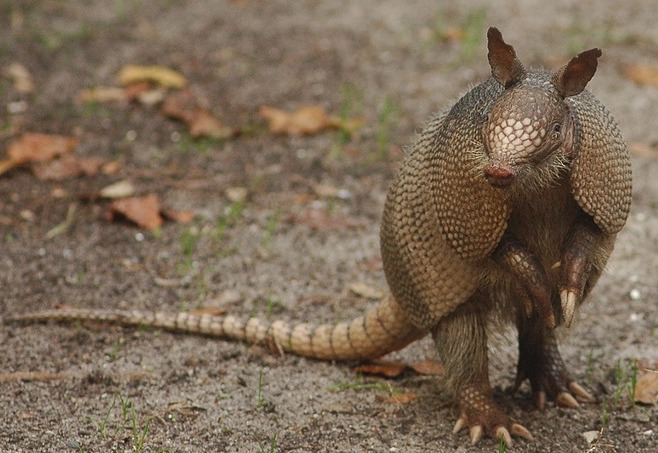 If armadillos were human, they might be likened to that stage of adolescence sometimes described as “awkward.”

The small, cingulated creatures waddle around on tiny feet with oversized midsections and scales covering most of their body. They have mousy ears, pig-like snouts, and are not uncommonly the bearers of scraggily beards— females included.

With squinty eyes and poor vision, the clumsy animals are reported to bump into trees or other lowland forest objects and, when startled, will sometimes jump a vertical meter into the air, making them common victims of automobile accidents.

In Costa Rica, it is unknown how many of the small mammals roam the tropical forests, but the majority—about 99 percent according to biologist and wildlife ecology professor Christopher Vaughan—are the Dasypus novemcinctus, commonly known as the nine-banded armadillo.

“It’s a very typical animal of Guanacaste, of that environment,” says the biologist, who taught at Universidad Nacional’s International Institute for Wildlife Conservation and Management. “It’s adapted to that heat.”

The remaining minority, he says, are of the Cabassous centralis genus, known commonly as the Northern naked-tailed armadillo.

Called cusucos by locals, the animals are found mostly in tropical lowlands where they live in caves and burrows, although Vaughan says he has seen evidence of them near Poás as high as 25oo meters (about 8200 feet.)

Bits of exoskeleton and characteristic white hairs have been found in coyote scat, indicating their presence in the region.

The omnivorous creatures eat mostly fruit and insects, (reportedly stomaching up to 40,000 ants in one sitting), and sometimes venture into even bigger fare. For example, the biologist tells the story of a colleague who, after hearing a strange noise, found a Costa Rican armadillo devouring a small rabbit.

They are primarily nocturnal and solitary, but occasionally come out during the day or gather around water holes to feed.

Little exists in the way of evolutionary knowledge, but related creatures roamed South America during ancient times. These animals—called glyptodons— looked similar but were the size and weight of Volkswagen bugs.

The giant creatures went extinct out about 10,000 years ago and smaller versions resurfaced in North America in the late 19 th century. The modern critters were given their Spanish name, which loosely translates as “little armored one.”

The title refers to the protective shell that encases their bodies. Composed of bony plates covered in epidermal scales called scutes, Vaughan calls the features “modified hair,” adding that one of their defense mechanisms is to curl up inside.

“Coyotes can go through them but other predators cannot,” he says.

This mechanism, however, is a last resort. Generally the animals will run from danger or use specially adapted and sharp claws to quickly burrow a hole.

“They can dig a hole in a heartbeat to escape a predator,” says Dr. Kim Marie Tolson, Professor of Biology University of Louisiana at Monroe, noting they are also useful for burying into termite mounds.

Tolson knows the spiny creatures through pathogenicity work she has done studying how diseases in the armadillos relate to humans.

“Armadillos can serve as a reservoir for leprosy,” she says. “They do harbor [the] mycobacterium.”

Armadillos are the only animals besides humans known to carry the leprosy-causing mycobacterium and because of it many scientists believe they may hold a key to cures or treatments.

Tolson was a key figure in investigating how body temperature affects the disease’s presence in the two species. Unlike in humans where it affects mostly cooler extremities like fingers, toes and ears, armadillos carry it throughout their entire body.

It has never been proven that humans can contract the disease from armadillos but that is in part because much about the disease is still unclear.

For example, one of the remarkable things about leprosy, (now called Hansen’s disease), Tolson says, is that more than a century after being discovered, scientists still don’t know how it is transmitted. This is part of why it was feared and ostracized for so many years.

Links have been made between contracting the disease and eating armadillo meat, but not confirmed. Tolson says it is most likely passed through cuts in the skin, but notes it is an opportunistic pathogen that tends to infect people with already compromised immune systems.

Armadillos are also useful in genetic studies due to their unique reproductive features.

“Their litter size will always be four and they will have identical DNA,” she says.

“This makes them ideal candidates for genetic studies.”

The process, called polyembryony, is not found in any mammals beside the armadillo. It begins like human twins, where one fertilized egg cleaves and becomes two embryos. Yet with armadillos, it cleaves a second time resulting in four identical, same-sex quadruplets.

Beyond science, the armadillos have comprised various elements of folklore and, in parts of North America, are raced for sport. During the Great Depression, disgruntled Americans called them “Hoover Hogs” because they had to eat them instead of chicken.

“They used to serve at the bar in little chunks with spices,” he says. “Armadillo meat is very tasty.”

This article was originally published in a print edition of The Beach Times newspaper. Guanacaste, Costa Rica. Photo with permission from Pixabay. 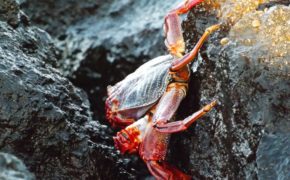 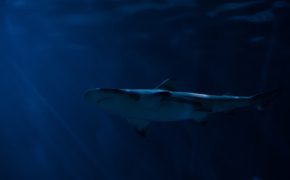